Sidecar Pattern: The Dos and Don’ts 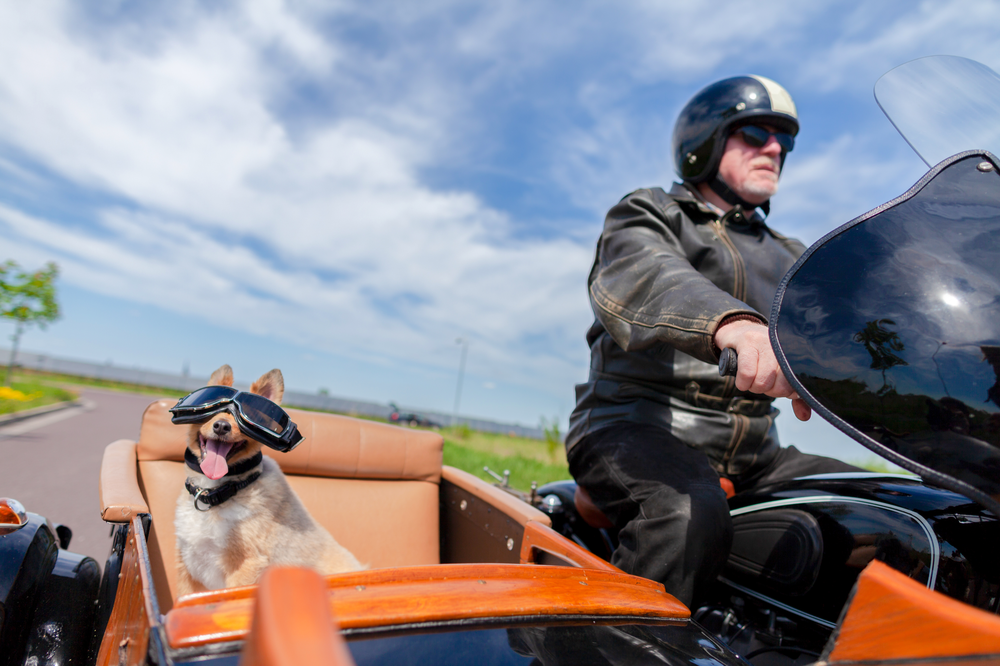 The sidecar pattern is meant to allow the deployment of components of an application into separate, isolated, and encapsulated processes or containers.  This pattern is especially useful when there is a benefit to sharing common components between microservices, as in the case of logging utilities, monitoring utilities, configuration routines, etc.

The Sidecar Pattern name is an analogy indicating the one-seat cars sometimes bolted alongside a motorcycle.

Sidecar comes with many benefits:

Regardless of implementation (poly- or mono- glot), Sidecar has some drawbacks compared to the use of libraries:

When to Use Sidecar

Sidecar is a compelling alternative to libraries for cases where the increase in latency associated with local service messaging does not impact end-user response times.  Examples of these are asynchronous logging, out of band monitoring, and asynchronous messaging capabilities.  Circuit breakers (time-based request/response timeouts) are also a good example of a Sidecar implementation.

When to Avoid Sidecar

Never use a Sidecar Pattern for synchronous activities that must complete prior to generating a user response.  Doing so will add some delay to end-user response times.

AKF also advises staying away from Sidecar for synchronous communications between services where doing so requires Sidecar to know all endpoints for each service.  A specific example we advise against is having every endpoint (instance) of Service A (e.g. add-to-cart) know of every endpoint (instance) of Service B (e.g. decrement-SKU).  A graphic of this example is given below: 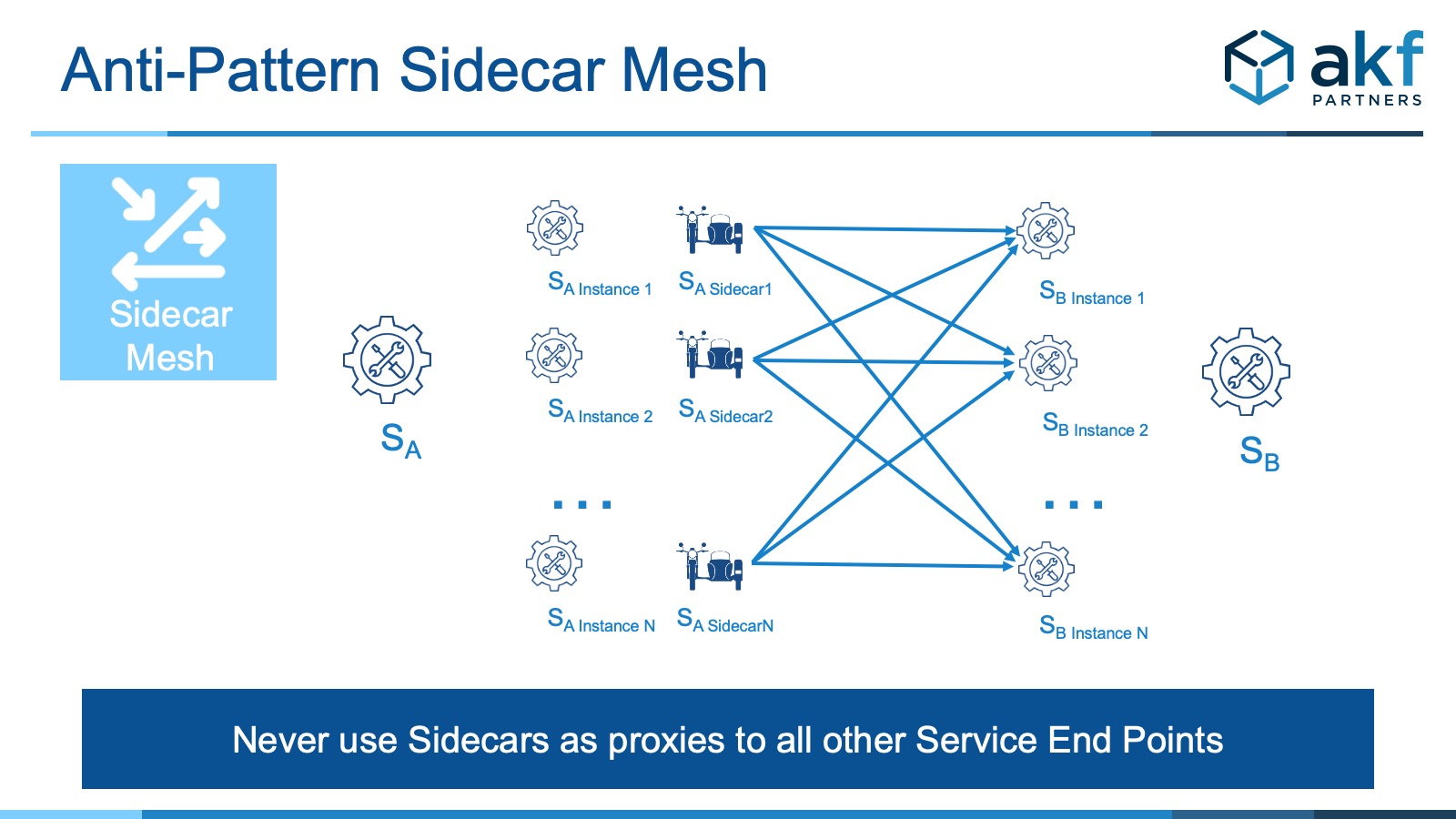 The above graphic indicates the coordination between just two services and the instances that comprise that service.  Imagine a case where all services may communicate to each other (as in the broader Mesh anti-pattern).  Attempting to isolate faults becomes nearly impossible.

If Service A sometimes fails while calling Service B, how do you know which component is failing?  Is it a failure in Service A, Service A’s Sidecar Proxy or Service B?  Easier is to have a fewer number of proxies (albeit at a higher cost of latency given non-local communication) handle the transactions allowing for easier fault identification.

Other AKF Microservice Patterns and Anti-Patterns

AKF Partners has helped hundreds of companies move from monolithic solutions to services and microservice architectures.  Give us a call, we can help you with your transition.

This is one blog post of a series about Microservices: Patterns and Antipatterns.

Next: Achieving Team Autonomy not Anarchy